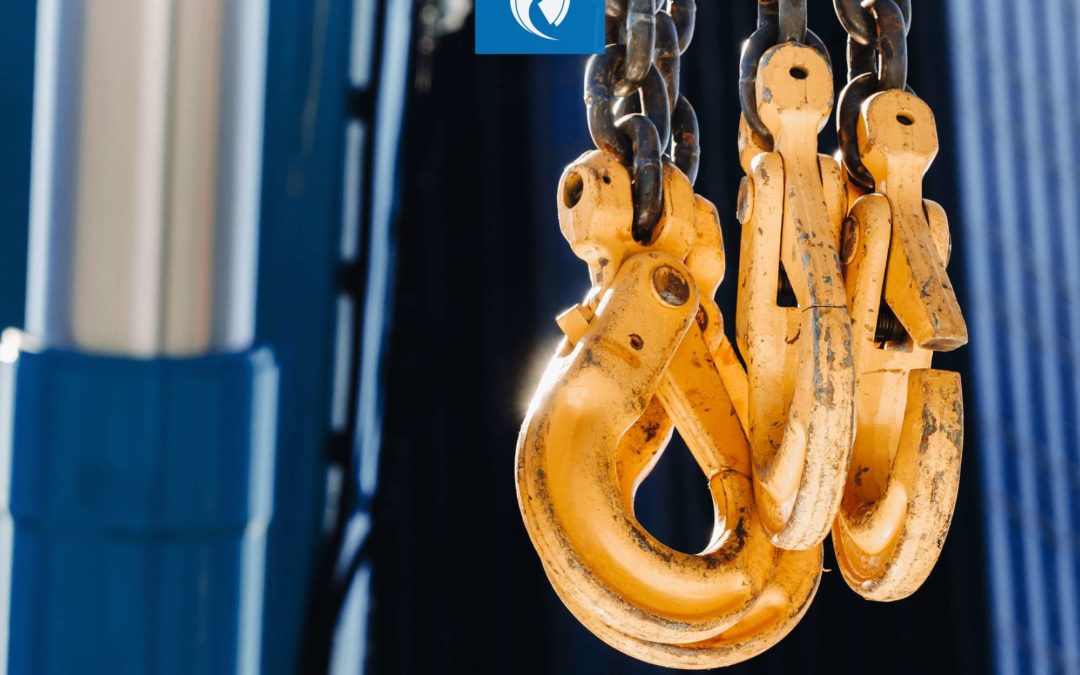 Rigging is the act of using equipment and gear to lift or support a load. It is a complex practice that is used for moving heavy equipment in a variety of industries, such as construction, manufacturing, mining, transportation, and more. If you don’t have a lot of experience around rigging equipment, the rigging terms regularly used by the experts may be a bit confusing. Here is a guide to help you understand the meanings behind the most commonly used rigging terms.

These rigging terms are commonly used around rigging equipment of any kind. This is not an exhaustive list of all rigging terms you may hear, but these are some of the most common and basic terms that are relevant to almost every type of lifting situation. Understanding these rigging terms will help you better understand what is going on when moving heavy equipment with rigging materials.

Rigging – The word “rigging” can be either a verb or a noun. As a verb, rigging is the act of using equipment and gear to lift or support a load. As a noun, rigging is the equipment or gear being used to complete the act. You can figure out which definition is being used based on the context.

Working Load Limit (WLL) – The working load limit is the maximum load or force that a piece of equipment is authorized to support. This can also be referred to as the rated load or capacity.

Proof Test – This is a test of the tension of a piece of rigging equipment, sling, or other component.

Proof Load – The proof load is the load applied when performing a proof test.

Breaking Strength – Breaking strength is the amount of stress the rigging material can withstand when lifting or pulling.

Design Factor – The design factor is the ratio of the minimum breaking strength to the working load limit. This is typically expressed as a ratio and is always greater than 1.

Below-the-Hook Lifting Device – This is a device that is used to attach a load to a hoist. The most common type is a lifting beam.

Rated Load – The rated load is the load a piece of equipment is designed to safely carry.

Load Test – A load test is applied to new and refurbished below-the-hook lifting devices to make sure the rated load is accurate.

Static Load – A static load is a load that is lifted and unmoving, applying a constant force on the rigging equipment.

Shock Load – A shock load adds to the static load. It is additional force on the rigging equipment that results from the sudden movement of the static load, such as from impact or jerking.

Ultimate Strength – Ultimate strength is the average load or force at which the rigging equipment or material fails to support the load. This can also be referred to as the ultimate load.

Fatigue – Fatigue is weakness in rigging materials. Metal rigging equipment such as wire rope, shackles, and chain are more vulnerable to becoming fatigued. Fatigue is caused by repeated stress on the material and can make the rigging equipment lose some or all of its functionality.

All rigging companies must follow the rules, guidelines, and standards set forth by certain governing organizations. The recommendations and standards issued by these organizations are designed to keep employees, equipment, loads, and passerby safe when moving heavy equipment.

OSHA – OSHA stands for Occupational Safety and Health Administration. This organization publishes federal standards and safety requirements for a variety of industries, including the rigging industry. The rules set forth by OSHA can be enforced with fines and penalties.

ASME – ASME stands for American Society of Mechanical Engineers. This is an organization that publishes standards that are often referenced by OSHA.

Company Rules and Guidelines – Each rigging company has its own safety rules that it has developed to meet the company’s specific needs. These are followed in addition to the standards and regulations set forth by governing organizations.

When you need to move heavy equipment, you want the best, most experienced company to handle the job. Rowe Transfer has been leading the industry for over 130 years, providing clients around the world with expert rigging, crating, warehousing, and transportation solutions. No job is too large or too small for us—we can handle it all. Whether you need to move a piece of medical equipment through a high-rise window or need to move an entire factory across the country, we’ve done it all. Our team of rigging professionals utilizes the latest technology and equipment to successfully complete the job as safely and efficiently as possible. If you have a rigging job that you are ready to entrust to the professionals, reach out to Rowe Transfer today. Give us a call at 865-523-0421 or fill out our online form to get started.